In the BBL|09, eight teams will be playing 56 group stage matches between December 17 to January 28, before heading into the last 5 final games from January 30 to the grand final on Saturday 8. February.

Many Indian-friendly betting sites have a great welcome bonus for Indian players, and if you’re already a customer you can be sure the betting sites will have a special promotion for you during the Big Bash League.

10CRIC got an amazing focus on the Indian-sports market, offering a comprehensive odds market for the Big Bash League 19-20. At 10CRIC you will find all the popular markets to bet on at the BBL. Either you want to put an outright bet on who is gonna win the season, or maybe you want to place an accumulation pre-match on multiple games? If you prefer to watch how the game plays out a bit before placing you’re bet, 10CRIC got you covered here as well with great odds for live betting on the BBL.

The online betting site 10CRIC caters especially towards Indian players, letting you deposit using rupees and let you play with INR as currency. The welcome bonus for players from India is also great at 10CRIC and if you’re not registered yet, you can claim it by pushing the green button in the box under. 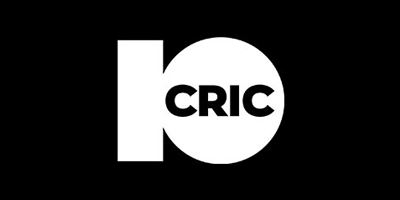 Have you never heard about the online betting site 10CRIC before? Then we recommend you read the full 10CRIC review we have written, and check out this Indian-friendly site.

Betway is one of the first addresses that should come to mind when thinking of cricket betting on a betting site. With the former England cricketer and 2005 Ashes Hero, Kevin Pietersen as its “Global Cricket Ambassador” for 2019. You can be sure that you get the best tips and all the markets available to bet on at each game.,

They take really good care of their Indian customers, letting all Indian players deposit and withdrawal using rupees, and at Betway you can play with INR as currency.

Betway has a welcome bonus for sports that is currently, that new customers can claim a first deposit bonus of up to INR 2,500 with wagering requirements of 6x at odds of 1.75 or higher. The minimum deposit is INR 500. You can choose to claim some free bets instead if you want that as a new customer as well.

If you never heard about Betway before and want some more information about the betting site before signing up, we recommend you read the full review we have done about Betway here.

Royal Panda is an amazing betting site that caters especially towards players from India letting you deposit and withdrawal using rupees, and let you play with INR as currency making it very convenient for Indian players.

Until recent years, Royal Panda was mainly an online casino only, but in recent years they added a comprehensive sportsbook for players from India. Offering odds market on most kabaddi, tennis, horse races, cricket, and all other favorite sports in India.

When signing up at Royal Panda as a new customer at the sportsbook you can claim yourself a free bet up to INR 2,000. This is not the best sports bonus you can find but with almost no requirements and with so many other ongoing promotions you can take part in during the BBL, we would say Royal Panda got you covered during the BBL|09.

With a modern design and an easy-navigated homepage, Royal Panda is a great place to take your online betting. They also offer a comprehensive pre-match market to bet on, as well as a huge market for live betting during the BBL games.

If you’re not yet familiar with Royal Panda and want to know more before signing up at this site, we recommend you read the full review that we have done of Royal Panda.

In 2011 Cricket Australia decided that Big Bash League should be expanded from 6 to 8 teams, and it would be the new cricket domestic Twenty20 league in Australia. The competition has since its inception been sponsored by the fast-food group KFC and still is.

The BBL features eight city-based franchises, instead of the six state-based teams which had previously competed in the KFC Twenty20 Big Bash. The capital city in each state should feature one team, while Sydney and Melbourne featuring two. Melbourne and Sydney derby matches are some of the highest attended matches during the BBL.

All the Big Bash League (BBL) matches are played in Australia during the summer months of December, January, and February. In 2011 Cricket Australia held a design contest to determine the design of the Big Bash League trophy. The trophy was the one chosen by the public out of three final contestants.

The Australian Women also have their own Big Bash League, it got introduced in the 2015-16 season, and BBL|05 just ended with Brisbane Heat as champions.

Big Bash League is the domestic league of T20 cricket in Australia. Since the 2018-19 season, each team plays all other teams twice during a season, for a total of 56 regular season matches before the finals series. These 56 group stage matches are played over 42 days between the period December 17 to January 27, before heading into the 5 final games.

A new final series of 5 games have been introduced to the BBL|09 season, and all the top 5 teams will play the finals over two weekends. The reason for this change is to better the odds of the teams that finish in the top two of the table.

In six of the eight previous BBL seasons, the team that has finished top of the table has been knocked out in a semifinal, and they now try to change the format to make it fairer for the teams that dominate throughout the regular season. Here you can see a list of the matches in the final series;

A new rule for the 2019-20 season is that clubs can nominate four additional overseas-based players as potential replacements for the season. Each squad can call up extra players throughout the season if they lose a squad member for either injury, international selection, or the loss of a squad member for some other reasons.

Here is a list of all teams, players, coaches and stadiums for the Big Bash League 09.

Here you got a schedule overview of all the match fixtures for the Big Bash League 2019-20 season. The Big Bash League season will start on 17.12.2019 with Brisbane Heat versus Sidney Thunder and the final will be played on February 8, 2020.

Take a screenshot of this overview and keep yourself up to date throughout the BBL09 season!

Why are there no players from India in the Big Bash League (BBL)?

Where can I watch the Big Bash League (BBL) from India?

How many overseas players do each team allow in the Big Bash League (BBL)?

In the Big Bash League, each squad has 18 players, allowing two international players per squad. A new rule for the 2019-20 season is that clubs can nominate four additional overseas-based players as potential replacements for the season.

Is it possible to stream Big Bash League (BBL) online?

Yes, it’s possible to stream Big Bash League (BBL) online. Bet365 and 1xbet are great betting sites in India to watch BBL on, if not you got sites like SonyLiv, Kayo Sports, Foxtel Sports, 7Plus, and Optus Sport.